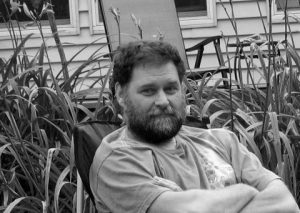 Dr. Bill ThomasI am 55 years old and, if fortune favors me, I hope to remain active in the work of “changing aging” for another 25 years. This means that I am, approximately, at the midpoint of my career. The time has come for a re-consideration of the work I have done and a reimagination of the work I will do.When I started out as a brand new and completely in-experienced “nursing home doctor” my chief virtue was, of course, my inexperience and my bristling rejection of the status quo. I quickly learned, however, that my rejection of the status quo in long-term care needed to be tempered (in public at least) if I was ever going to make a lasting impact. This understanding led me to embrace “It Can Be Different” as a tagline for the work I was doing and helped me link the core message of The Eden Alternative to a message of hope. I now call this the “lambtail” approach. We shook our adorable lambtail and hoped that long-term care providers would find it so irresistibly cute and so wonderfully optimistic that they would pick us up and take us home with them. Over the years thousands of facilities and tens of thousands of professionals did exactly that.But it didn’t change long-term care.The problem is that for every organization that was willing to do the hard work of person-directed transformation there were thousands who were perfectly happy with the status quo. It is true that some of those got “caught up in the moment” and tweaked some of their facility’s most superficial features. But beyond that, they would not go. As my frustration and disappointment mounted something did begin to change– in me.Slowly, but perhaps inevitably, I became a nursing home abolitionist. It is a position that puts me at odds even with some of my closest allies. You can read a detailed description of why I think we need to abolish the old age asylum in this series of video blog posts.To my critics I make this point. The word “abolition” is deeply rooted in another flawed and immoral American institution, chattel slavery. During the 19th Century there was a prolonged and fevered debate over the nation’s “peculiar institution.” The Abolitionists argued that slavery debased both and slave and master, and just as importantly tore at the moral fabric of a “free” society that had long proven its willingness to tolerate this persistent and most egregious wrong. History has rendered its judgment– the Abolitionists were right. Those who condoned or were willing to tolerate slavery were wrong. Those who took “reasonable” positions on slavery, those who argued in favor of a “kinder, gentler form of slavery,” were wrong. Slavery could not be reformed or mitigated, it had to be abolished.I am done with shaking my cute lambtail. I am done waiting for the long-term care industry to decide that it is ready to tiptoe into reform. The time for polite requests and half measures is past. The second half of my working life stretches out in front of me and I no longer feel the need to censor my words and my deeds. I am a nursing home abolitionist and, going forward, I intend to act like one. The lambtail era is over and so is the “culture change movement.”During the next 25 years I will be embracing the cunning, aggression, and relentless power of the Tiger. In Part Two of this series I will explore just what an embrace of the Tiger strategy means in practice.Related PostsInterview with Geriatrician, Eden Alternative Founder, and Author Bill ThomasBill Thomas is a very busy man. He is the founder of the Eden Alternative that has been on the forefront of transforming nursing homes into elder-centered communities.  He developed the Green House Project, which focuses on replacing institu…The “Tribes” Help Eden GrowYou have no idea how long I have been waiting to write this post. My new novel, “The Tribes of Eden” is going on sale (officially) on April 2, 2012 and Jude and I have some exciting news to share with everyone about how this book is going to help…Real Care NowI am excited to announce the launch of the Real Care Now social networking campaign to advance person-centered approaches to long term care at www.ChangingAging.org/RealCareNow. Real Care Now is a partnership between my blog, www.ChangingAging.org, and the Picker Institute, the leading foundation advancing person-centered health care, and the Erickson School…TweetShare25ShareEmail25 SharesTags: abolitionist nursing home The Eden Alternative Tiger